I had a blast on the set of East Fifth Bliss! Everyone was great and working with Michael Knowles again was great as well. I can say I’m truly blessed to have worked on this project.

East Fifth Bliss is a Comedy/drama about 35-year-old Morris Bliss, who is clamped in the jaws of New York City inertia: he wants to travel but has no money; he needs a job but has no prospects; he still shares an apartment with his widowed father; and perhaps worst of all the premature death of his mother still lingers and has left him emotionally walled up. When he finds himself wrapped up in an awkward relationship with the sexually precocious, 18-year-old daughter of a former classmate, Morris quickly discovers his static life unraveling and opening up in ways that are long overdue.
This movie Stars Michael C. Hall
For more information on the project visit the site below

You can also go to IMDB to see the rest fo the cast list:
East Fifth Bliss on IMDB 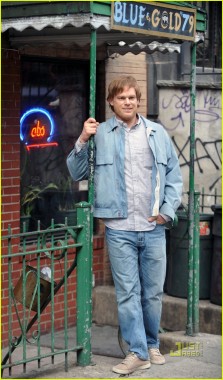